Near the corner of Dufferin St and Florence in Toronto, I found a notebook believed to belong to a younger child. I scanned the notebook page for page, in order, had it printed and plan to return the new version to its original home. 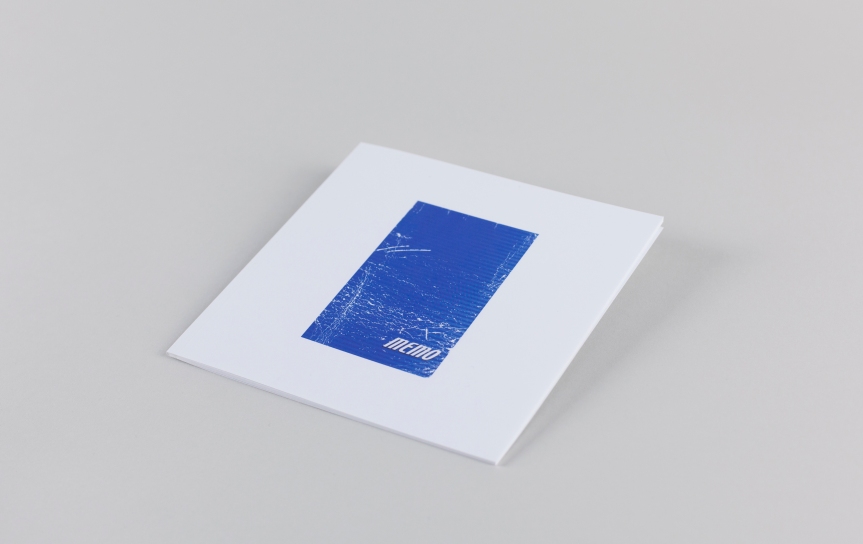 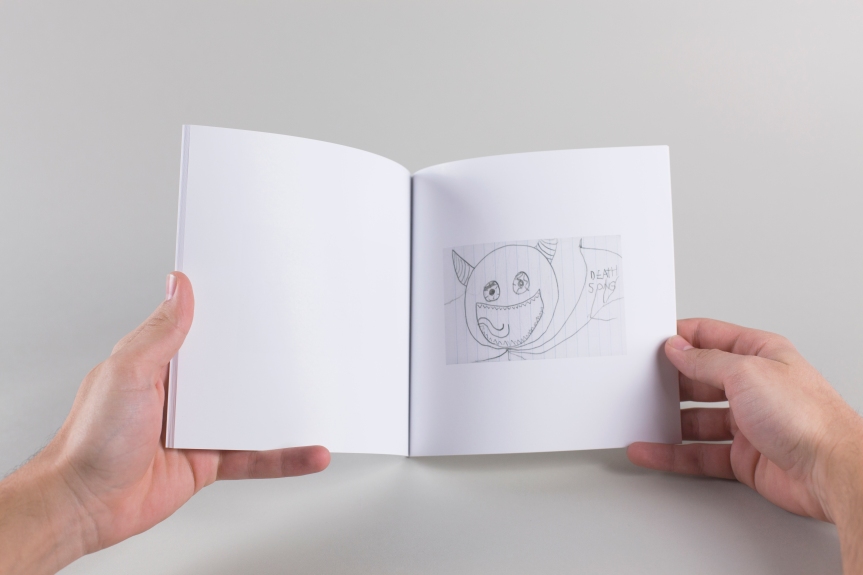 A twister mat was produced using only one colour. As a result, the positioning of limbs is placed on the participant, creating a form of instructed, yet free dance. 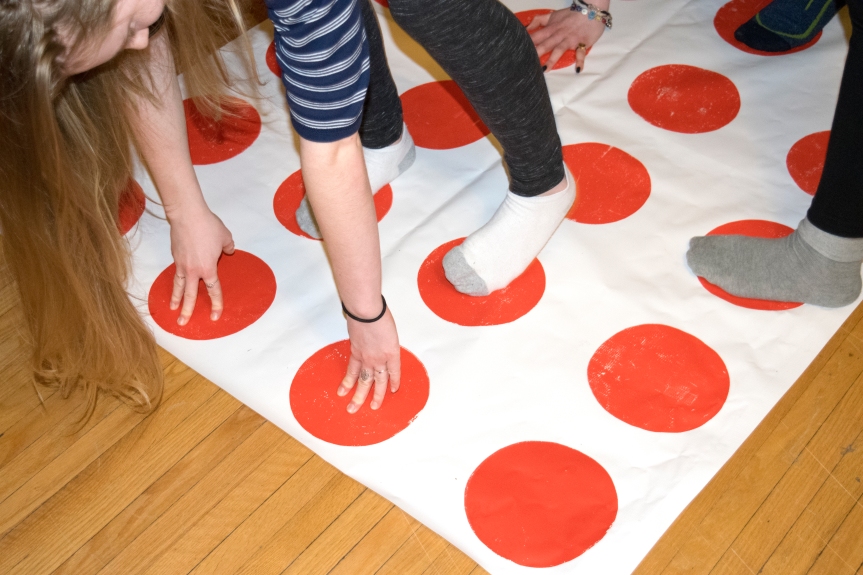 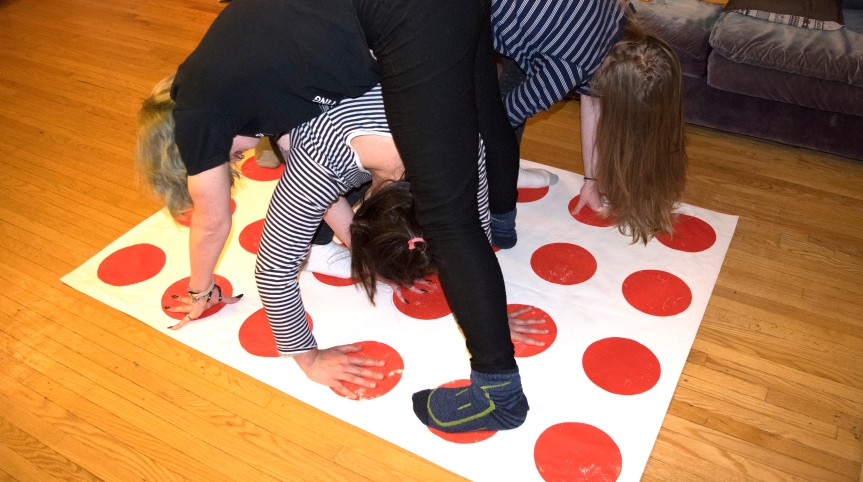 Tan was born in 1966, in Indonesia to a Chinese father and an Australian mother of Scottish descent. She grew up in Melbourne and now lives her adult life in Europe, currently located in Amsterdam.

Earlier work explores themes of identity within a post colonial world using her individual heritage as running influence. Her biological facts were often brought to light within her works of the late 1990s, which explored the construction of postcolonial identities through editing of archival films, usually shot by Western perspectives facing the “exotic” cultures of the East.

Major themes shown in her current work consist of notions of time, memory, mind and identity. There is a continuous confrontation of the self and the individual within her work, viewing the self “as an assignment of possibilities always changing”. There is the romanticized ability within her work for the viewer to find “profound meaning in simple gestures, and to learn by looking and feeling rather than intellectualizing”.

Perspectives of the self in time is especially important through exploration of concepts of the past and present and how they persist in memory through images.

“In common nomanclature, we ‘imagine’ our future and ‘remember’ our past. Tan’s work suggests that in each present moment we are, in fact, actively creating our past every bit as much as we are shaping our future; narratives about what we have done and what we will do are equally nebulous. As individuals, we hover as the fulcrum of this past-present dynamic, trying, often in vain, to extract a familiar, concrete sense of ourselves from the fluctuating narratives we are continually rewriting.”

Correction is a video installation that incorporates approximately 300 video portraits of guards and inmates from four American prisons. The portraits are displayed on six hanging screens that arrange themselves in a circle. Each portrait shows an anonymous inmate or guard standing still for approximately 40 seconds, while maintaining complete eye contact with  the camera. These portraits can be considered as “photographic portraits in motion”. The waist up framing of the portraits is a reference to a Hollywood technique used in the 1930s, 40s and 50s, titled the Amerikanische Einstellung also known as the American Shot.

Within Correction, Tan is drawing attention to displaying a group of citizens whom “society prefers to keep out of sight”. The piece reveals Tan’s interest in incorporating sociological and anthropological methods and structures into the relationship between the still and moving image.

Provenance is a silent film series that connects the relationship between moving images and traditional easel painting. Six subjects were selected as a focus and are closely related to Tan, ranging from neighbours, former teachers, a local grocer and her youngest child. The films are shown without audio on small, black-framed LCD monitors hung in a row at eye level.  The films range in length from three to five minutes, displaying the subjects in everyday activities.

Through slow panning shots and a focus on simple moments, an intimacy is created through each film. At one point in every film, the subject turns to look into Tan’s camera, essentially breaking the fourth wall and striking a formal pose that invokes the painted portraits which inspired the project.

“As I was filming, I asked myself if it’s possible to look at a film as if at a painting, and if so what that would mean, and then what it is that makes a portrait successful.”

Rise and Fall is a a 22-minute two-channel video involving two women of contrasting ages. There is trouble distinguishing if both women are related or if they actually represent a single person at two points in her life. Soft and intimate glimpses of their everyday rituals are shown from bathing to dressing, writing in their diaries and solitary contemplation. The two screens interweave the two character’s lives, entangling their moments alone. The image of a waterfall within the film can be considered as a central metaphor, being uncontrollable like the factors of time and memory.

“The narrative winds in and out like a temporal Mobius strip. It follows two women—one eager and young, one reticent and older—through their daily activities. The visitor is left to ponder if perhaps these two women are actually one.”

“Your present self was shaped by your past, and your past may be worn and shaped by the currents of time and experience.”

Vox Populi is a found photo series in which Fiona Tan asks individuals that inhabit a specific city for their personal family photographs and albums. Tan selects photos that range in time creating a multifaceted portrait of the specific place elected, through the photographs of the people who live, or lived, in each locale. The work has been explored through 5 cities: Norway, Switzerland, Tokyo, Sydney and London.

The photos are displayed both on the wall of the gallery and in the compilation of a book. Both ways of viewing create alternate meanings from the viewer. The wall piece allows an overall scan and survey of faces, while page turning of a book of images references the original source of the family album.

“They are photographs of strangers, yet we’ve see them countless times: toddlers grinning from foamy bathtubs, teenagers awkwardly showing off their first party dresses, granddads cuddling newborns. Local variations aside, they could be found pretty much anywhere, stuck on the yellowing cardboard pages of hefty photo albums. ”

Out of character, I visited the local church with the intention of buying a bible and unexpectedly had an exchange with an older woman who gave me a book of passages instead.